Tomball Methodist Church was the first church in the Tomball area and serviced many denominations.
In 1908, Tomball was a town of about one hundred fifty people, three saloons, no schools and no churches. Mr. and Mrs. O.G. Hegar moved to town that year from Waller. Mr. and Mrs. Hegar built a home for their family and operated the only hotel, just across from the train depot. Their patrons were railroad men as Tomball was a division point for the T. & B. V. Railway.
Mrs. Hegar, being a very devout Christian, wanted the children of Tomball to have religious instruction, so she started Sunday School in the hotel lobby. She was a Methodist, but this Sunday School was open to all. Both Baptist and Methodist ministers were invited to come to town and preach. When the Sunday School outgrew the hotel lobby, the location was moved to the Woodmen Hall, which stood where Tomball’s old fire station was located. The first public school was located there as well.
The young church faced many hardships with a small membership and little money. There were five charter members when the church first organized in 1909. The Baptists and Methodists worked together to build a church building. However, to receive financial aid from the Methodist Conference, the building had to be known as the “Methodist Episcopal Church South”. The Baptists shared the building with us until they were able to build their own church. 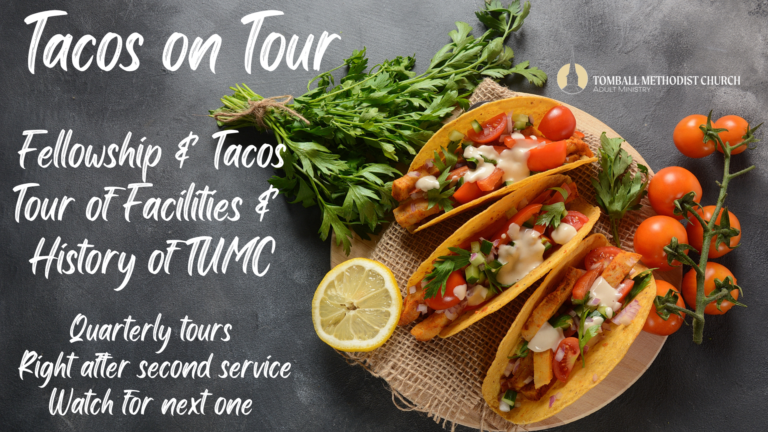